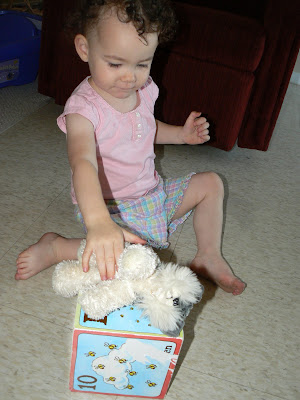 I'm always on the look-out for concepts that are just at/ just beyond M's comprehension level. When I find them, I try to make a game out of them.

Lately, I'd noticed that she tends to mix up the meanings of the prepositions "in" and "on," and I've never heard her say that something is "under" something else. So... I took a medium sized wooden box and we had fun practicing. 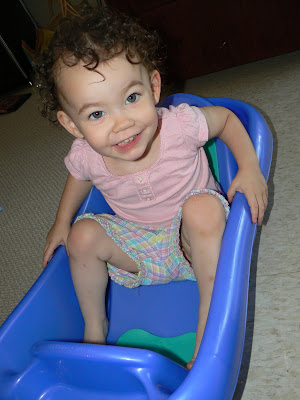 Once she had the concept, further practice was no pressure- just fun. We tried it with different objects (stuffed animals, etc). Then we changed the box to baby G's bathtub which made it possible to use bigger stuffed animals....AND... M herself. That was the most fun of all! She really got a kick out of getting "under" the tub! 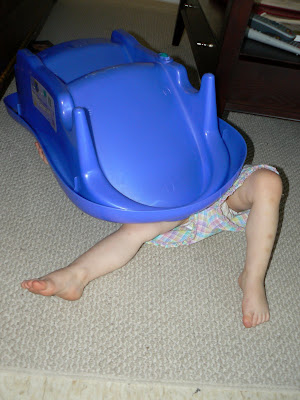 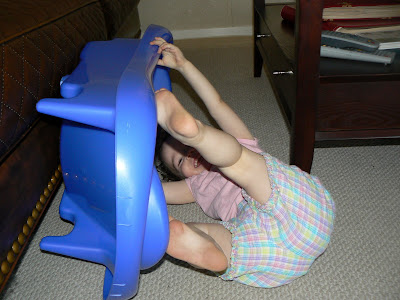 Homemade Book: What Was Life Like When Mommy was Pregnant with Me? 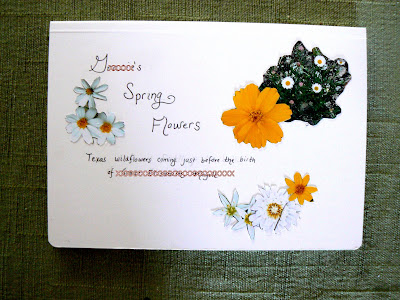 One thing I really enjoyed about the time I've been pregnant with this little one is all of the walks M and I have been able to take around the ranch. Many times I took my camera and photographed all of the spring flowers that popped up around here.

Once we returned home I researched the wildflowers on the internet to find out their names. I decided that it might be fun for little G to have a book about "her flowers"- the ones I saw while she was "blossoming" inside of me.

Along with a picture of each kind of flower I have written the name and also sketched a little picture that might help her remember it. (for example, for Queen Anne's Lace I have sketched a simple picture of a queen) 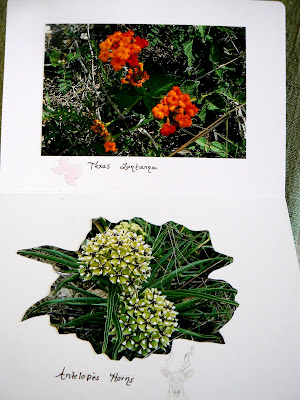 It occurs to me that there could be lots of other possible themes for making keepsake books for children about what life was like when their mommy was pregnant with them. Any fun ideas?
Posted by K Magill on July 08, 2009 4 comments: