This year I'm the nursery coordinator for our chapter of our homeschool co-op, Classical Conversations. Part of that job involves coming up with simple "Letter Crafts" for each week. I haven't posted about them so far because for the most part, I have been using other people's ideas.

(like this cute little apple tree craft that I found at Learn, Create, Love)

For letter "H" though we made a hot dog craft that I came up with, and since the kids got a kick out of it, I thought I would share.  I made an easy template for the bun and hot dog and cut copies out of card stock and construction paper to be glued together.  Then the kids glued on pieces of yellow and red yarn for the condiments and bent the sides of the bun upward to look like a real hot dog. 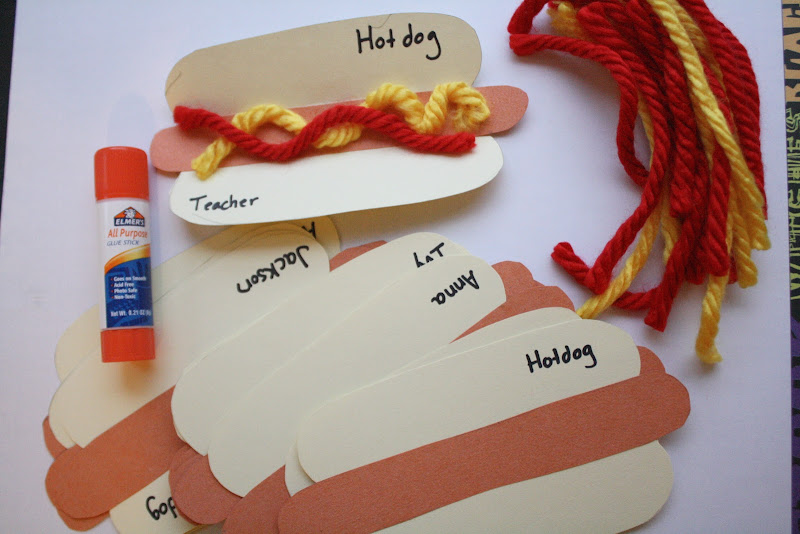 Pretend food is the best! 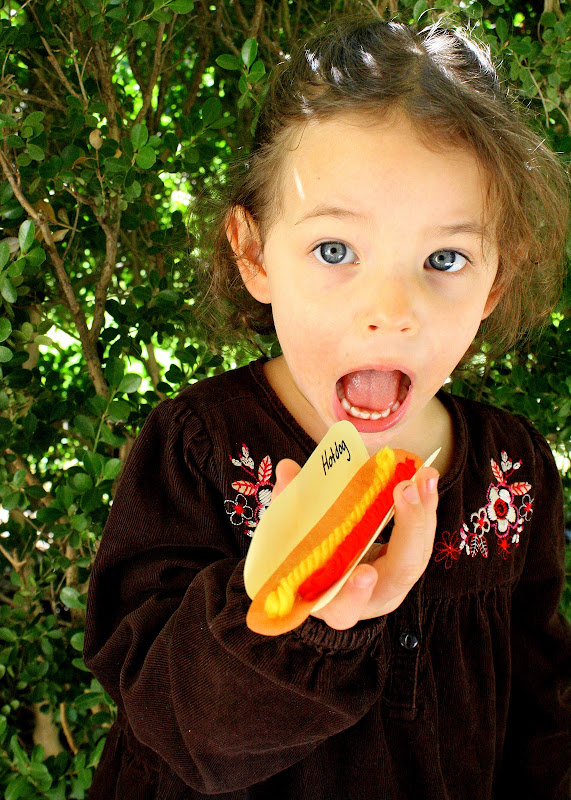 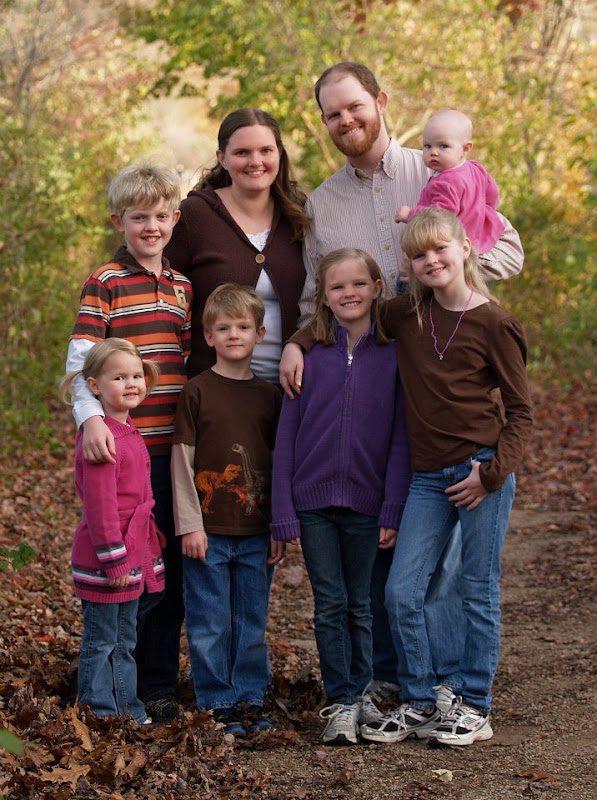 I don't normally do this kind of thing on my blog, but my friends are experiencing a very unusual situation.  I know many of you look for ways to reach out and  help others as we approach the holiday season, and many of you also are looking to buy quality children's books for your children for Christmas.  I wanted to let you know of an unique way I know of to do both right now.

Children's book author and illustrator Aaron Zenz and his wife Amity went to high school with me. About a month ago, Amity had surgery to relieve pressure on her spinal cord and brain.   Recovery these  weeks after have been rough going, complete with pain, blackouts, and intense nausea.  Additionally, complications were discovered that required her to undergo a second operation on her brain. She is currently in the hospital with much pain and still without resolution of the complication.

Amity and Aaron have six children who Aaron supports with his writing and illustrating.   Needless to say, this time has been more than difficult for the whole family.  They can really use our prayers and encouragement.   One way to encourage the Zenz family would be to visit Aaron's website aaronzenz.com and to support them by purchasing some of his very fun children's books or encouraging grandparents to do the same.

There are dozens to choose from for a wide range of ages.  One very popular and funny book is Hiccupotamus about a hippo who just can't seem to get rid of his hiccups.  A book Aaron illustrated that I was very happy to find is Nugget on the Flight Deck.   Just right for J's navy veteran grandpa to read to him someday! 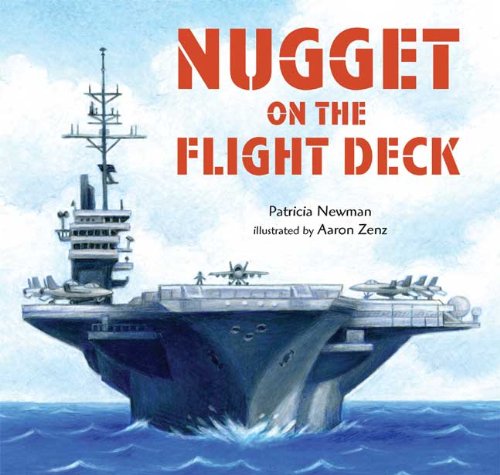 Aaron also facilitates a fun blog called Bookiewoogie where his children themselves are interviewed to review a weekly children's book.  I'm sure the Zenz children would be delighted to have you check out their fun reviews and pictures.

Thank you for considering doing one of these two things to support some really precious people!

Email ThisBlogThis!Share to TwitterShare to FacebookShare to Pinterest
Labels: books

I was reminded of the importance of puttering time at home this Saturday morning when we were all wandering around lazily (R and I still in our pajamas).  I was feeling just a tad bit guilty for not planning something and making better use of our precious family time when I spotted something on the window.  It was a big green bug clinging there (from the outside) 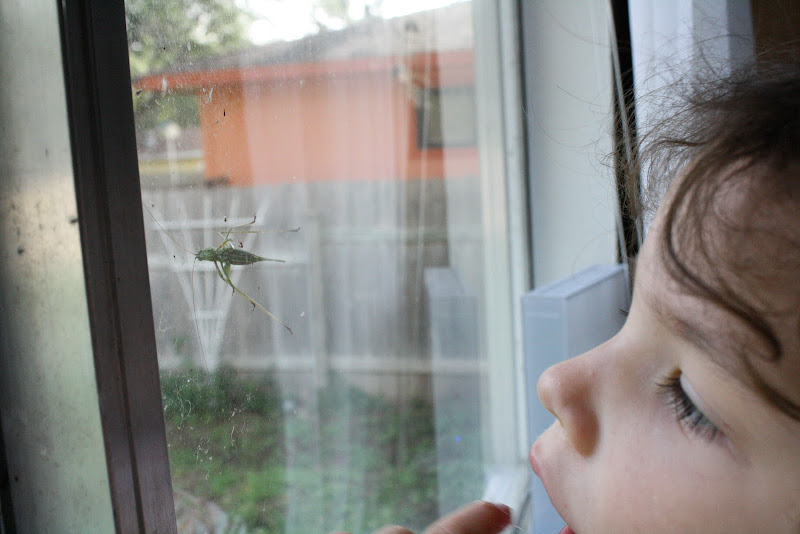 Everybody gathered around and got a chance to examine this beautiful creature "safely" and up close. We all   seemed to notice something different- from his sticky feet to his interestingly scaled underbelly.  It was a gentle and enjoyable time, and it struck me again how that family togetherness often happens best organically.

I was glad we puttered that morning. 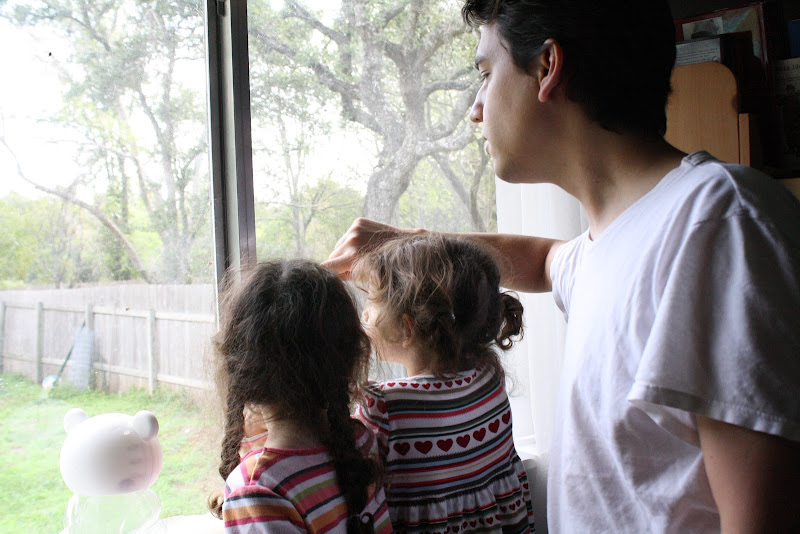 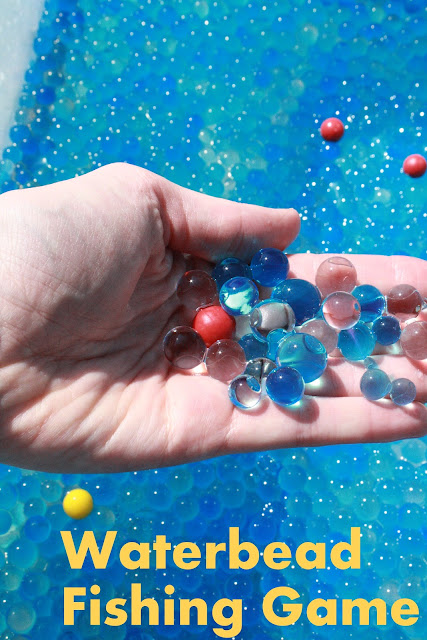 Have your kids played with waterbeads yet?  They are really the neatest things.  You can find them in the floral department of craftstores or even Walmart or the Dollar Store.  Waterbeads start off as tiny seed-like balls and expand dramatically as they soak in water.

Kids love the feel of them in their hands, and lots of people have written about ideas for playing with them.  Teach Preschool has a very fun list with lots of inspiration.

For M and G's birthday we filled a large tub full of them, added some water and threw in several dozen glass and plastic marbles.  Since it was a rainbow fish birthday theme we thought it would be fun to turn it into a fishing game.  Each child took a turn with a blindfold and had a minute to pick out as many marbles as they could. 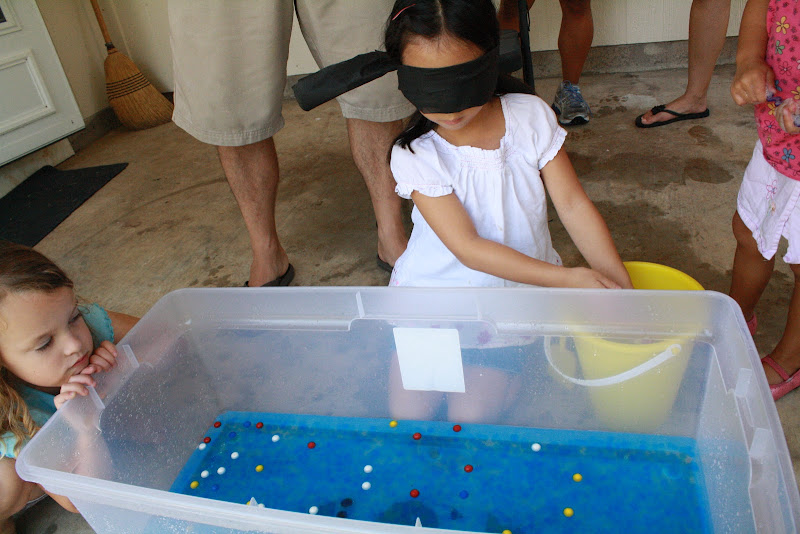 It was harder than it looked!  The plastic marbles floated, and the glass marbles sunk; so contestants were free to find the method of sorting that worked best for them.  Any waterbeads that ended up in the fishing bucket counted as negative points.

We had some competitive kids.  They played over and over, beating each other's scores for over an hour and a half.  (My poor husband was such a trooper in overseeing the game for that long!) 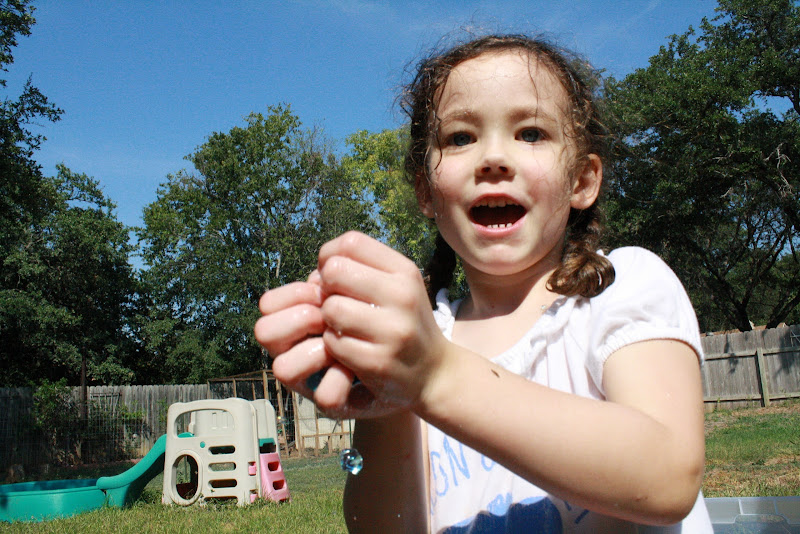 The next day, M, G, and I had bonus fun throwing the waterbeads at each other. We found them to be terrific ammunition as they are soft, bouncy, and wet. 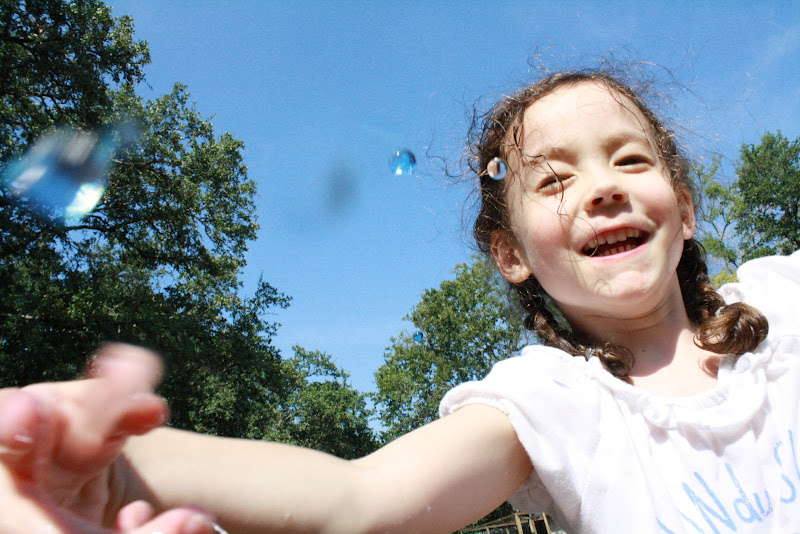