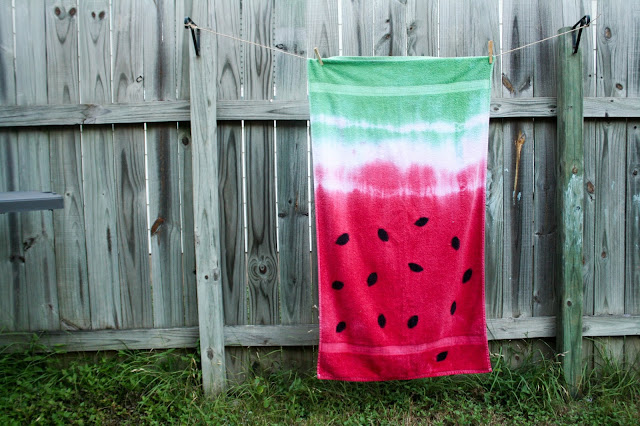 I've been scared to death to attempt tie dye with my kids for a long time now.  And since I don't love the look (most of the time) there's never really been a reason to risk the stained hands, clothes, house, LIFE,  etc.
The other day, though, when I saw these adorable watermelon tea towels and realized that the same thing would work with beach towels, I knew it was time to take the plunge.
When I turned to facebook to get some moral support and tips, my first piece of advice was a reassuring "DON'T!" from one commenter who does tie dye quite a bit but never with her kids.  Her warning further solidified in my mind that if we were going to attempt this project, I really needed to think it through ahead of time. 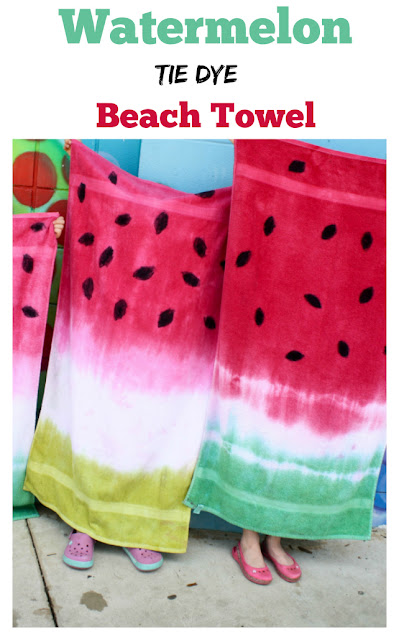 From this commenter and from other people I came up with a plan of attack.  And I'm happy to say...we survived!  Nothing was irreparably damaged, and I would even do tie dye again if there was another project I was excited about.  (Look for an upcoming post about doing tie dye with kids without losing your mind!)
But specifically, to do this project and make the cutest, juiciest beach towels on the beach, here's what you do:

1.  Wet your towel. The wetter the towel the more blurry your dye lines will be. (I let the kids do this part with a hose in the back yard).
2.  Tie the towel in two places with rubber bands.  The space in between the rubber bands will be the white part of the watermelon.  I made my white space a little bigger than I should have because I was afraid the colors would bleed into the white space, but they really didn't.
3.  Heat water to almost boiling.  Pour in dye powder and stir. (the kids helped me stir)
4.  Dip one end of the towel into the bucket of dye.  Dip as far as the rubber band or a little further if you'd like a faint white stripe there.  (the kids did this part)  Let it rest there for up to a half hour.  The longer the rest, the darker the color.
5. Squeeze out the dye (use gloves) and repeat with the other side in the other color.
6.  Allow to dry overnight.
7.  Take off the rubber bands for the reveal!  (the fun part- the kids did this)
8.  Hose the towels down again and wash separately from anything else (the first time they will bleed a little bit) in the washing machine with cold water.
9.  Once the towels are dry,  use a black permanent marker to draw on the seeds (the kids did this part)
Time to head to the beach! 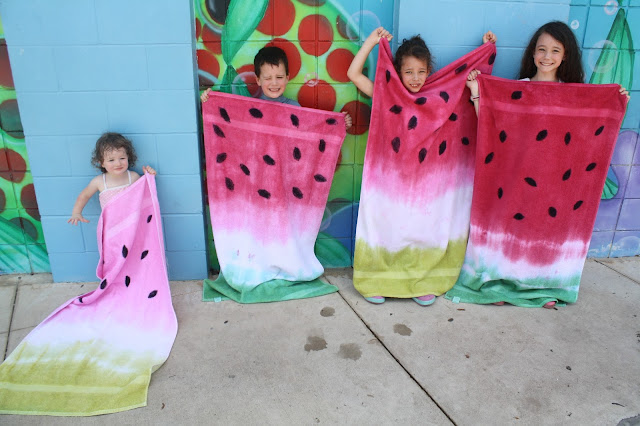 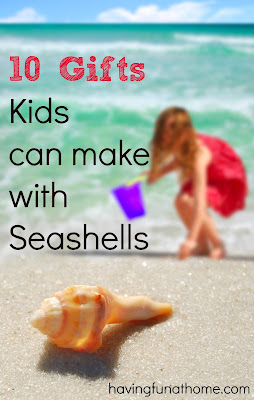 Going to the beach for our family always results in lots and lots of shells.  Just finding them is reward in itself (like a treasure hunt!)  but since they're so pretty, we often finding ourselves wishing that there was something we could do with them.

So this year, before we head to the beach I've done a little research and found some great ideas for how kids can transform shells into beautiful gifts to give away.

Also, at the end you'll find a list of bonus activities that aren't gifts, but could still be a lot of fun.  Enjoy!
Read more »
Posted by K Magill on June 10, 2016 No comments: 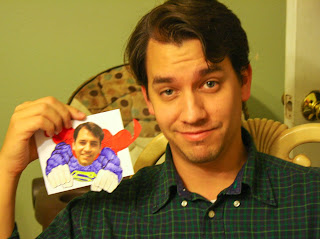 Here's a super quick and easy Father's Day card your kids can make.  Cut out your husband's face from an old photo, and glue it on to one of these clip art images.

When Kids Get the Sillies during Learning Time: 4 Strategies 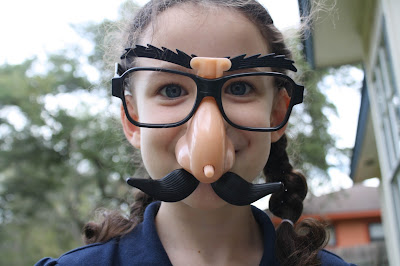 It doesn't matter if you are teaching a preschooler to read or a 3rd grader their math facts.  Kids get silly.  And as a parent, it's all too easy to get frustrated.   For myself, I've found it increasingly difficult to be patient with the silliness now that I have more children who need one- on- one teaching. Time and energy are precious.

But of course, frustration doesn't help.  Here are four approaches I've found that do help:
(It's so good to be writing these out.  I need the reminders!)