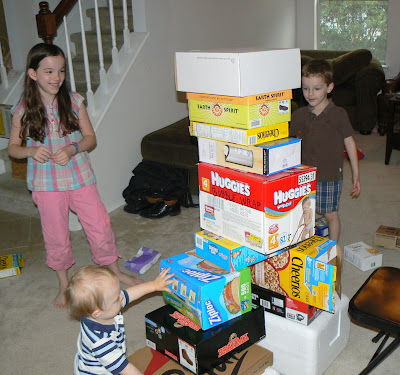 I haven't thrown away a box in a long time- even little boxes like the kind for ziploc bags. I have been saving them for a rousing round of "Garbage Castles." (It seems like a slightly crazy name goes a long way toward making an activity fun for kids, don't you think?)

Recently, when M had some friends over, I dumped the entire collection thus far in the middle of the living room in front of them and proceeded to issue a series of challenges.

The first challenge was to build a tower as high as they could without its falling over. 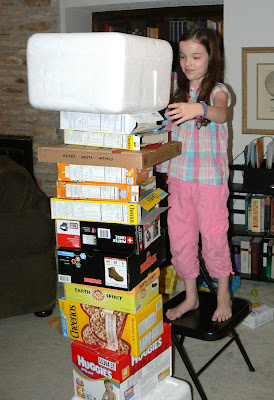 Next, I asked if they could build a tunnel that one of them could crawl through. 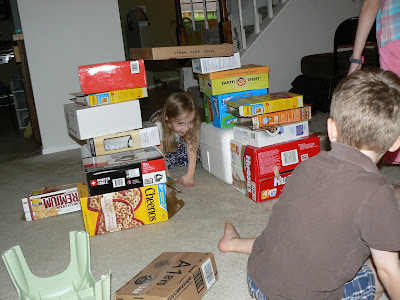 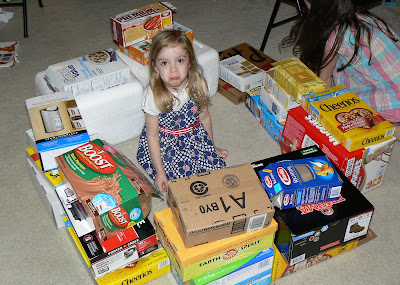 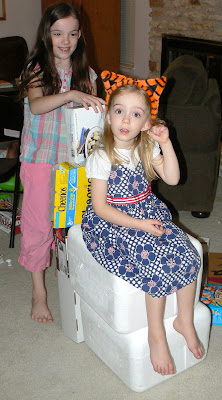 It was REALLY FUN! There were some other challenges the kids did as well, but the most fun part, by far, was the demolition each time. The kids kind of took turns building each structure, but everybody- including the babies from a safe distance- took part in the demolition. It felt like boxes were raining from the sky! 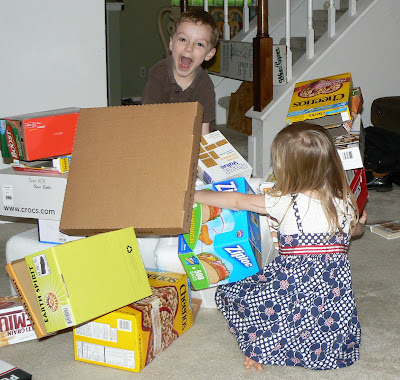 I imagine we'll do this sort of thing again. Do you have any fun challenge ideas for us for next time?
Posted by K Magill on August 25, 2010

They could make a zoo and put their stuffed animals in it.  I did this with my grandchildren but didn't have as many boxes as you.  Children can have fun without technology.