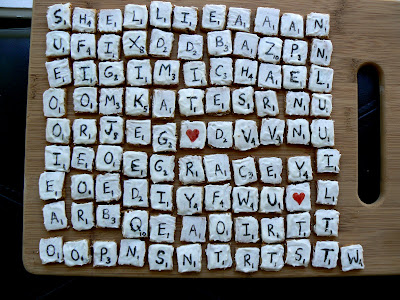 They were fun to make. I followed the following recipe for the dough, rolled it out and cut the cookies to be 2 X 2cm. After they were baked, I covered them with white royal icing, and used edible markers to print on the letters and numbers. It's a full set! :-) 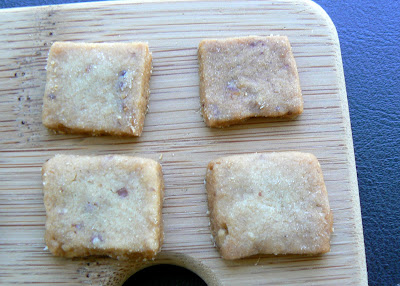 To Toast Pecans: Preheat oven to 350 degrees and place rack in center of oven. Bake the nuts 8-10 minutes or until browned and fragrant. Cool on wire rack and then coarsely chop the nuts. Set aside.

In a medium sized bowl place the flour and salt and whisk to combine. Set aside.

In the bowl of your electric mixer (or with a hand mixer), cream the butter and sugar until light and fluffy (2-3 minutes). Beat in the vanilla extract. Scrape down the sides of the bowl and then add the flour mixture, mixing only until incorporated. Stir in the chopped pecans.

Divide the dough in half and wrap each half in plastic wrap and refrigerate until firm (at least one hour).

Remove one half of the dough from the refrigerator and, on a lightly floured surface, roll into a 1/4 inch large rectangle. Then, using a strip of cardboard 2cm wide as a guide, cut strips of dough in one direction, and then in the other direction to form squares. 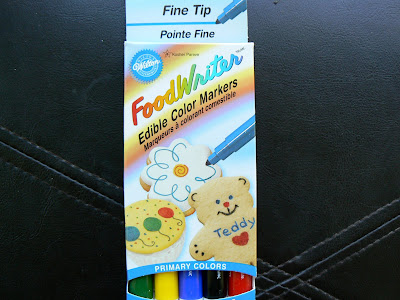 What a cute idea!

I would eat the Q. I hate trying to get rid of that!

Those are very fun! Did they play with their food before they ate it? :-)
THanks for linking up to A Handmade Christmas. I hope you come back again next week!

This would be great for a game night treat for family night! Thanks for sharing!

What a cute idea!