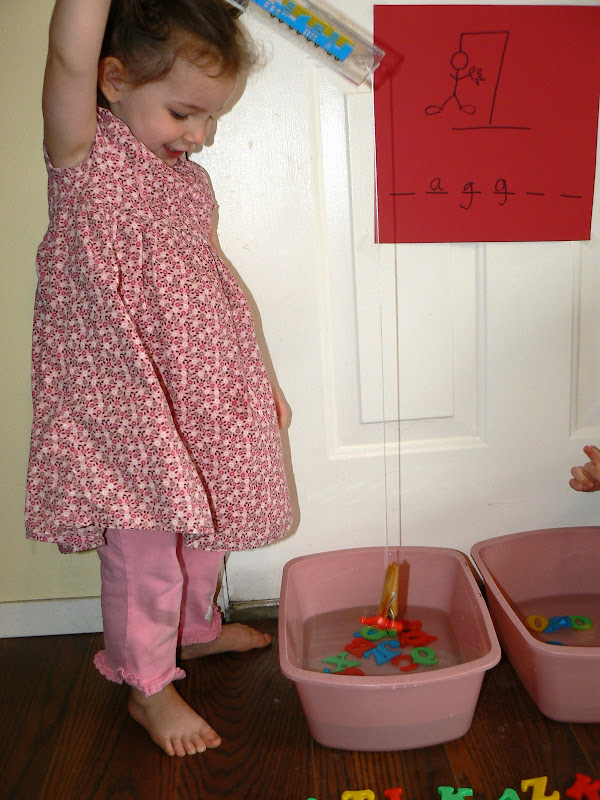 A while back I saw this cute idea to fish for refrigerator letters in the bathtub and ever since have wanted to try  the same concept but adding the hangman twist.  A brand new package of refrigerator magnets means we still have the whole alphabet (two days from now, six of them will likely be hiding with the dust bunnies under my refrigerator); so today seemed the day to jump on it.

Our bathroom is pretty tight; so I didn't actually want to do it in the bathtub, but it actually turned out well to use two small tubs.  We separated out the letters into vowels and consonants to make it a little easier to catch the vowels.

For the fishing pole we used a ruler, a string, and a clothespin with a magnet in its "beak." 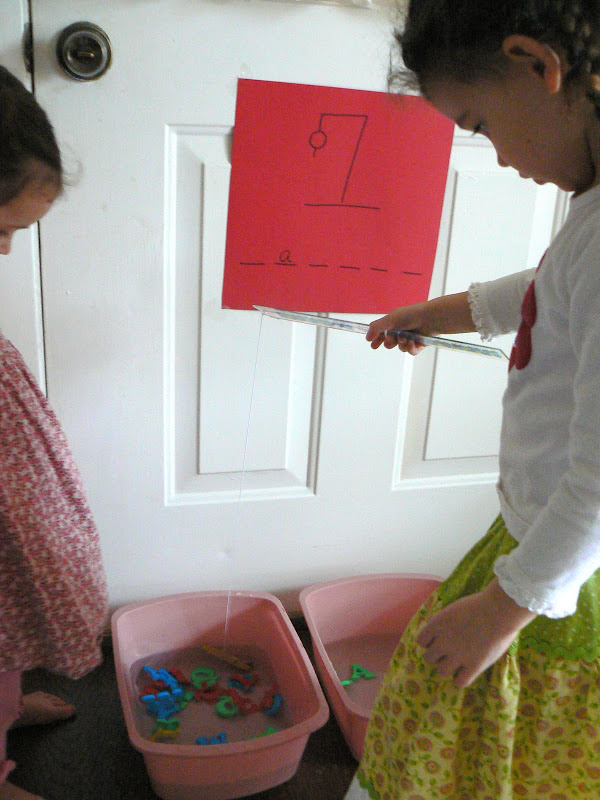 It had been a while since I'd played hangman; so I made the mistake of thinking that shorter words are easier (of course, the longer the word the more likely it is to have any particular letter that is guessed).  Adding the fishing for letters twist makes it even harder for the guesser to win; so I'm afraid I beat them soundly every round we played (even after I added ridiculous levels of detail like shoelaces).  M and G didn't seem to mind defeat- they wanted to play over and over (well, M wanted to play; G wanted to dance her fingers in the water with the letters)

For the final round, M picked the word and let me fish for the letters.  I was very proud of her for doing it exactly right.  It seemed like it stretched her mental muscles in a new way which is always good.

Very fun - I could see this as a fun way to practice spelling words when they're a little older, too!

Thanks for sharing with Learning Laboratory at Mama Smiles =)