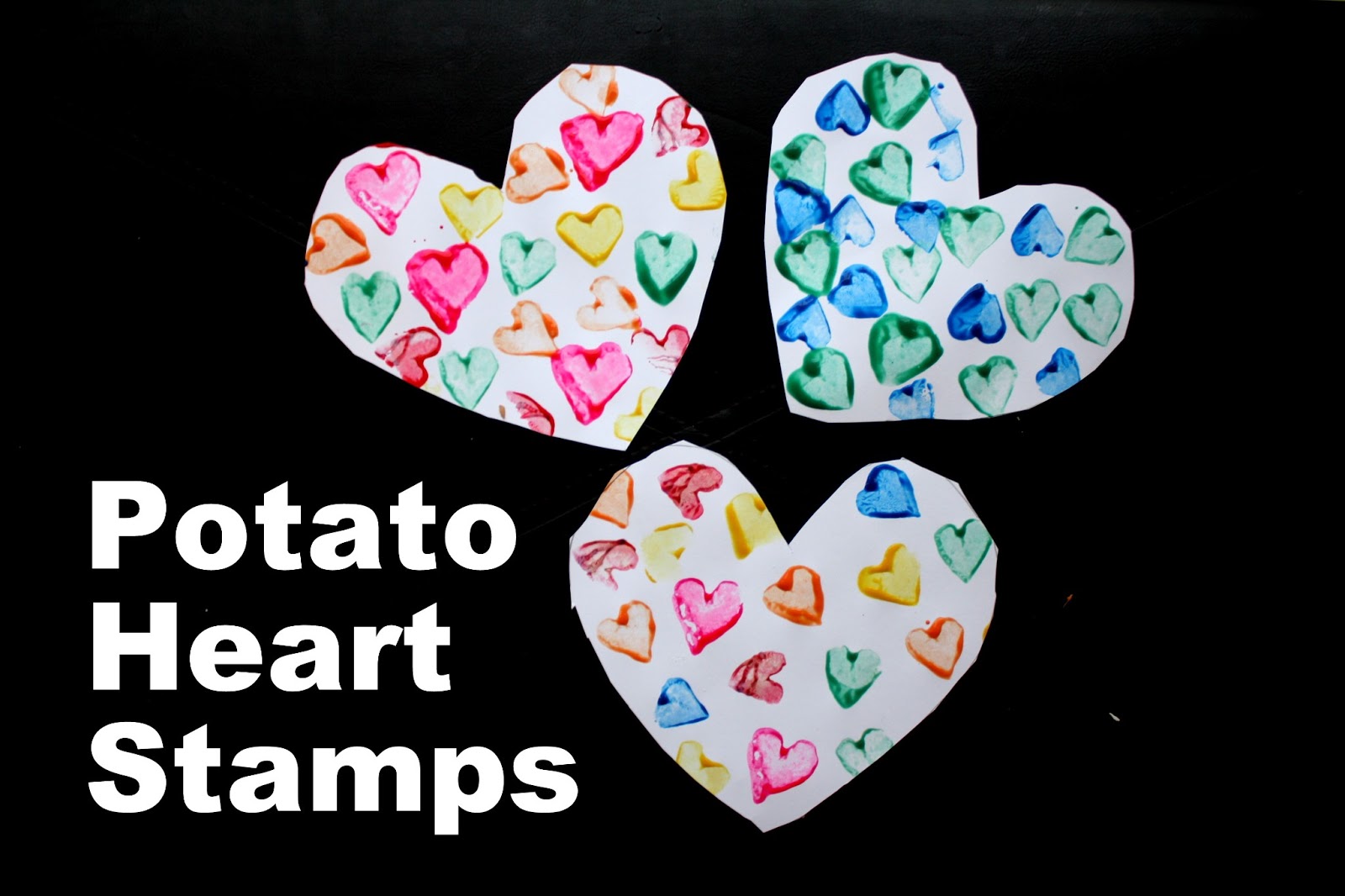 A while back, my mother-in-law suggested I try potato stamping with the girls.  It took me a while to get around to doing it, but now that we've done it, I wish we'd tried it sooner.  There's just something FUN about using food to do art.  (e.g. we liked stamping with okra and making magnets with colored pasta)

Getting the right shape in the potato can be a bit tricky.  I found that it worked best to:

1.  cut the potato in half, wipe it with a paper towel and allow it to dry further for a few minutes. 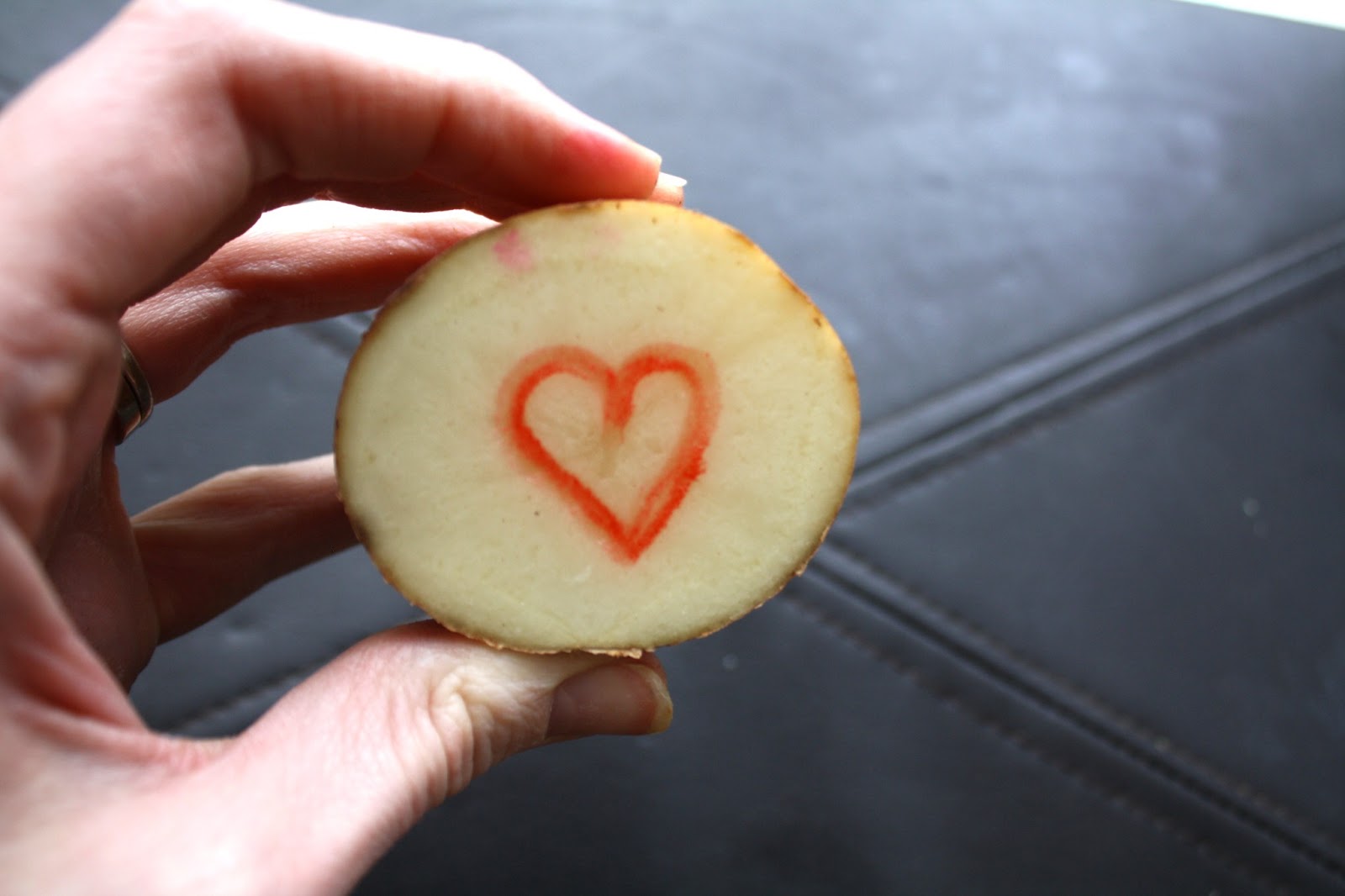 2.  use a marker to draw the heart on the potato (much easier than trying to cut freehand) 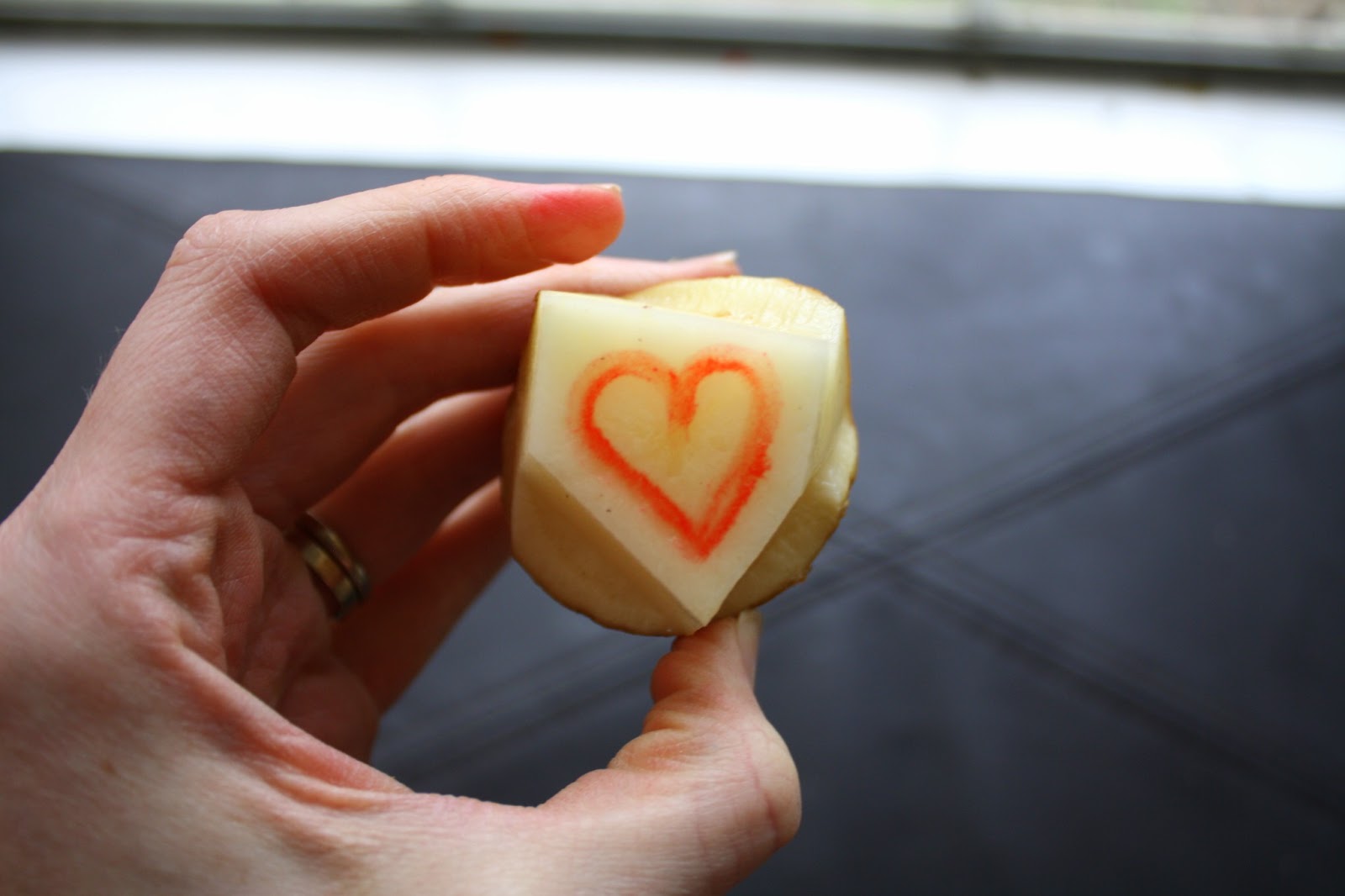 3.  use a paring knife to cut roughly around the shape. 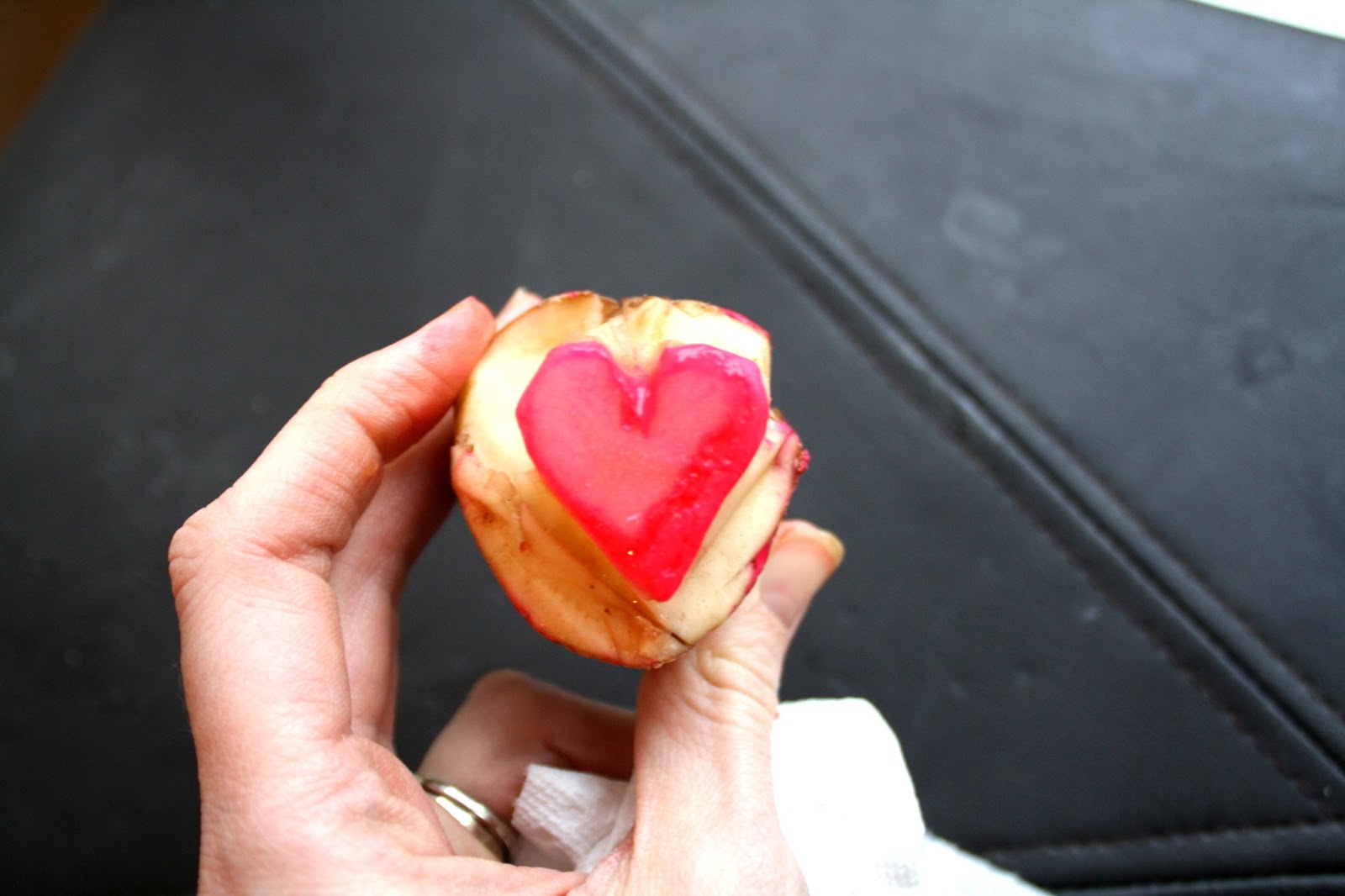 4.  gradually, whittle it down until it is just right.  If you are making a heart, make the dip at the top a little deeper than you would normally.  The paint tends to clog the corners a little. 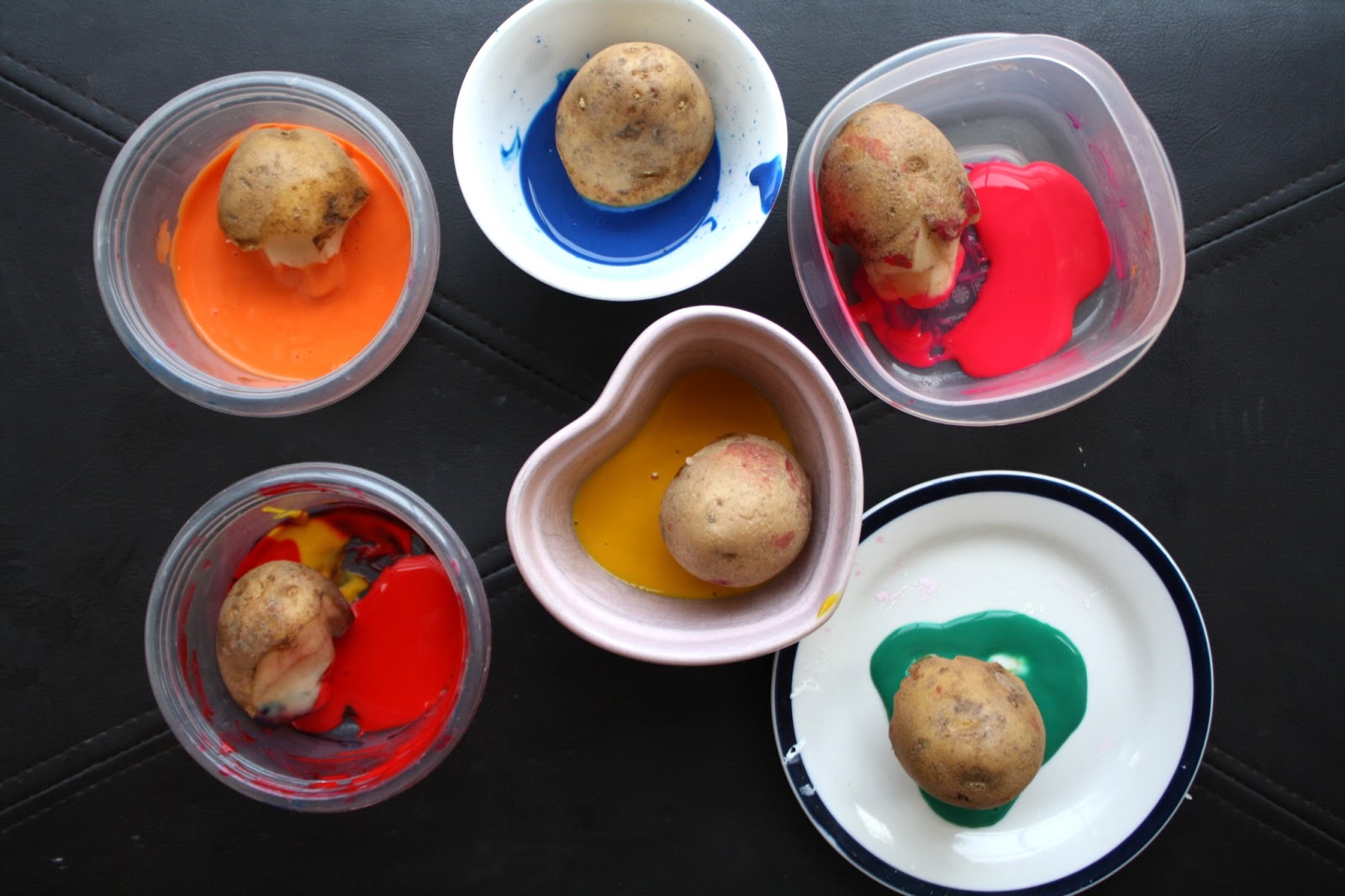 When you are stamping, it's helpful to keep a paper towel nearby for blotting. 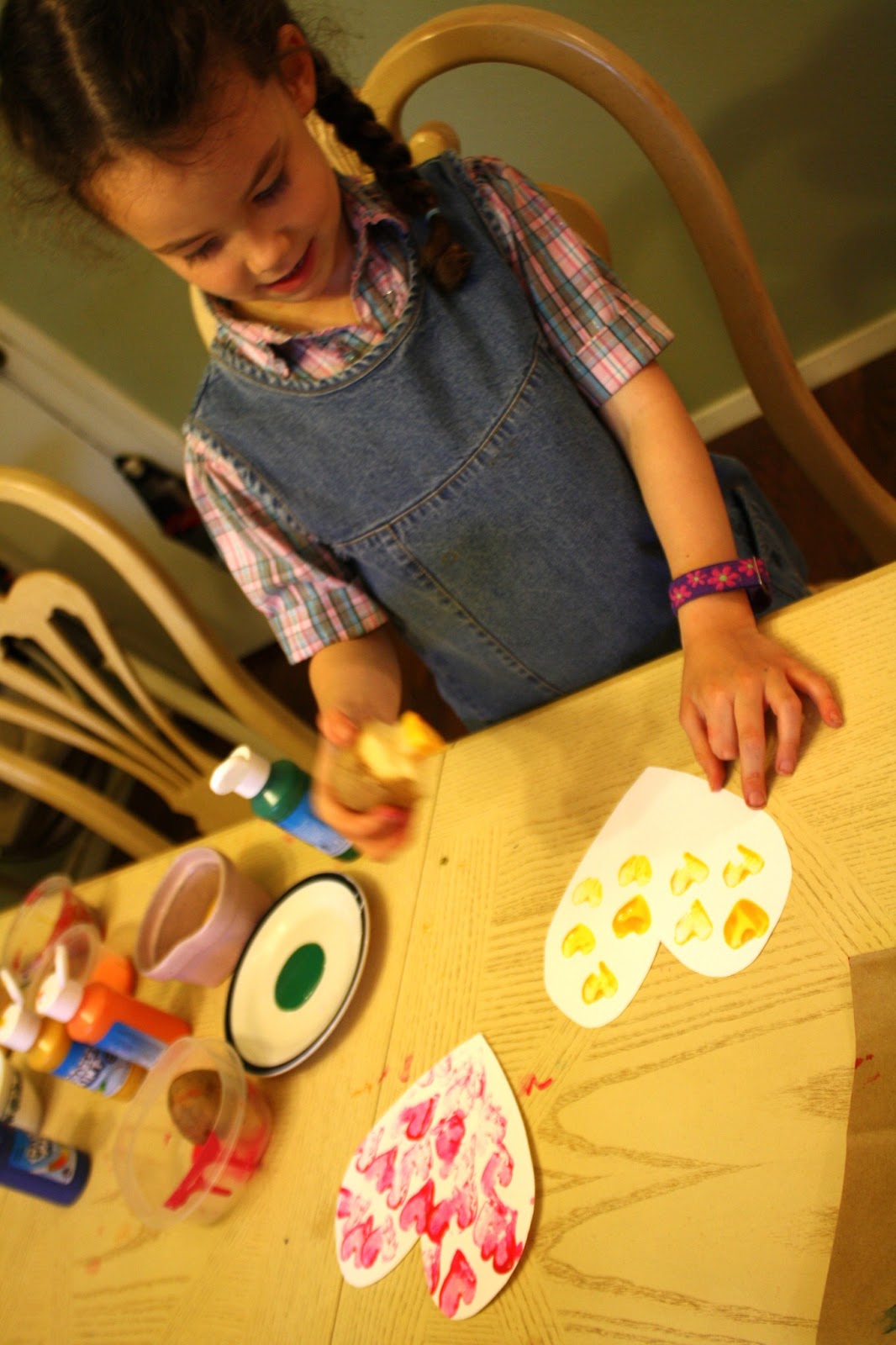 We made enough potato heart stamps so there could be one in each color of paint.  (cleaning the stamp between colors is a lot of work) 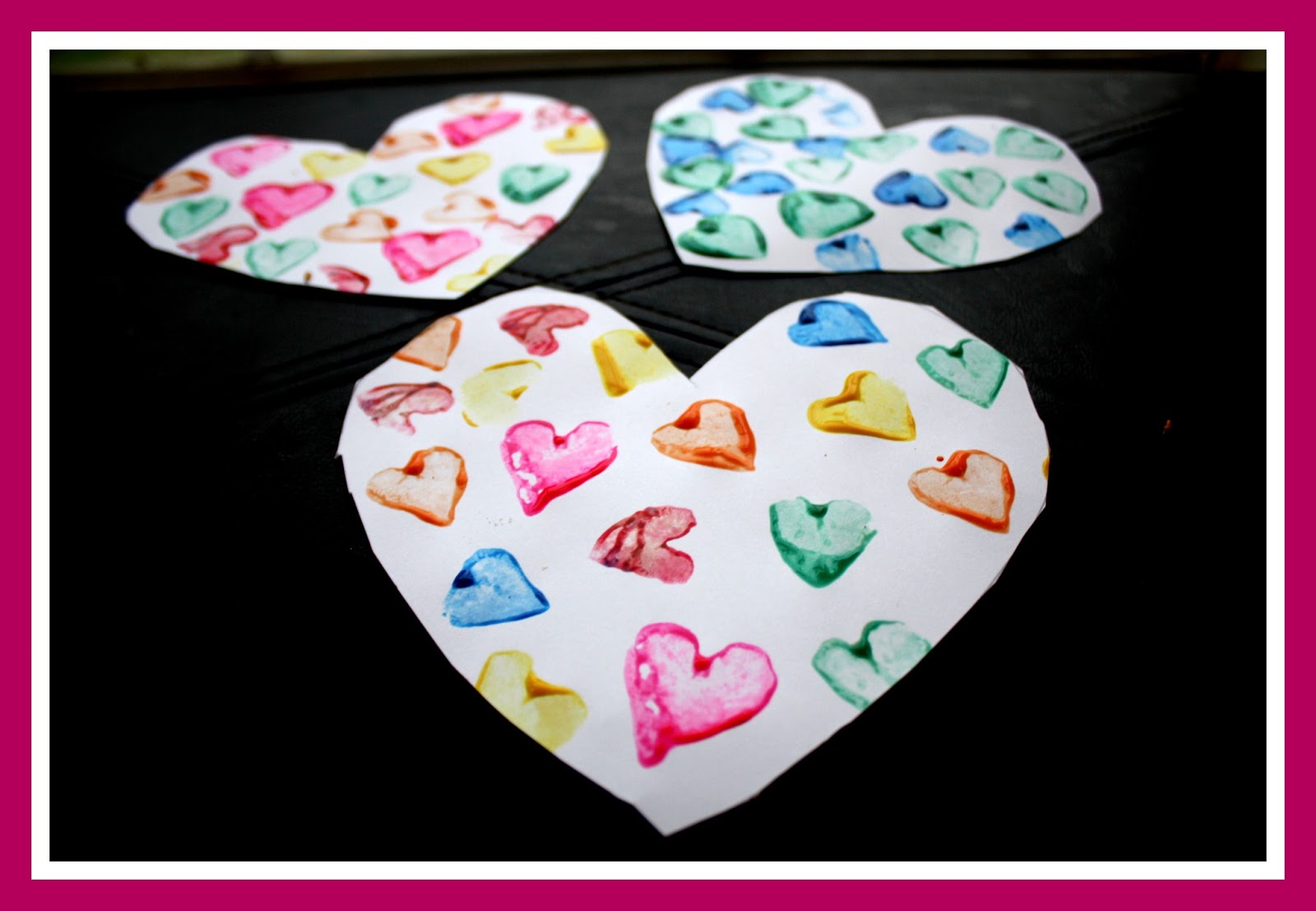 Our potato stamping project evolved from making simple hearts to silly Valentine face puppets, inspired by ArtsyCraftsy Mom.  My husband suggested that pipe cleaners would work great for the mouths, and they really DO- you can express so much personality with them! 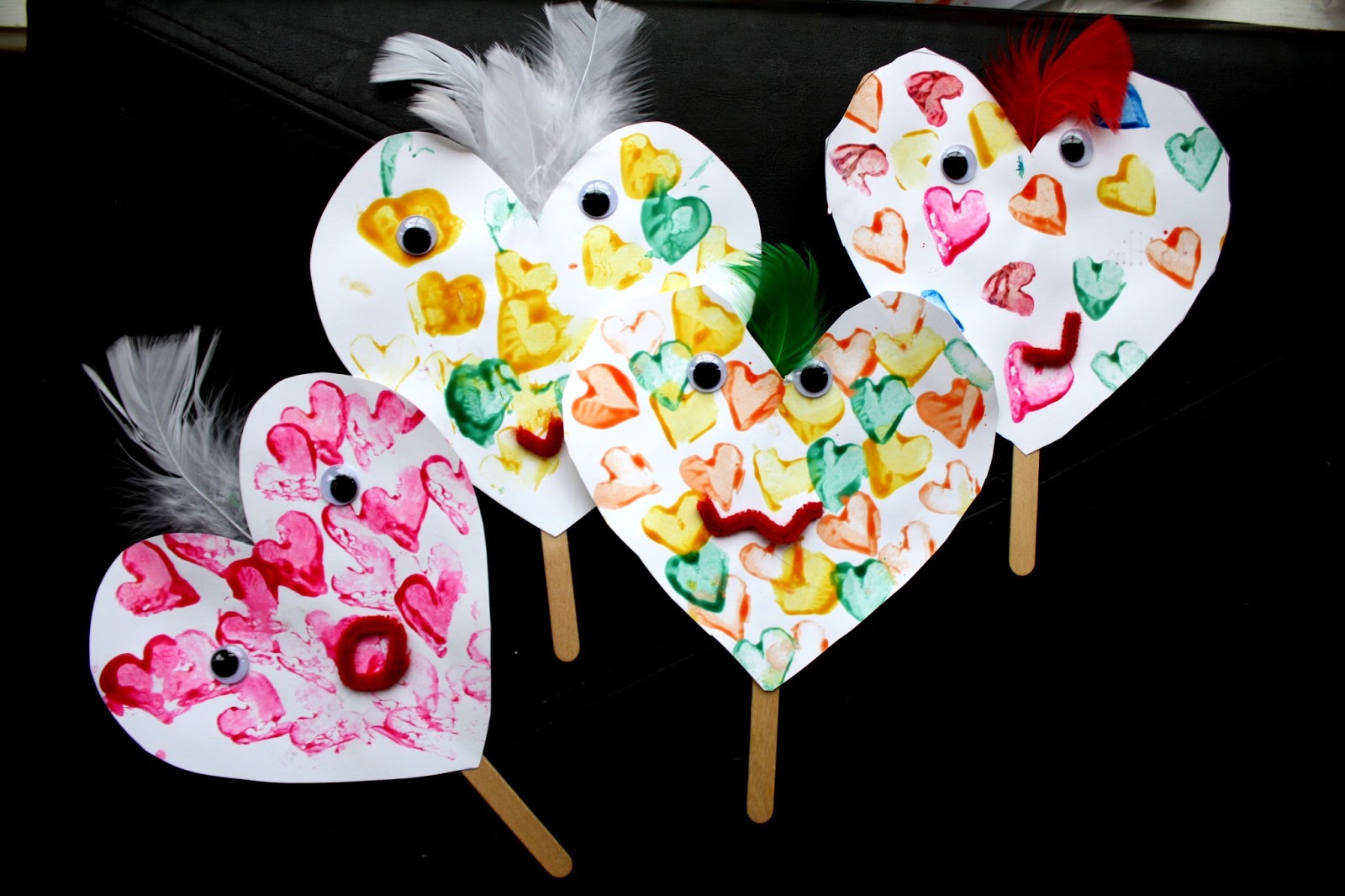 I have just given you a blog award...

Have a nice day!