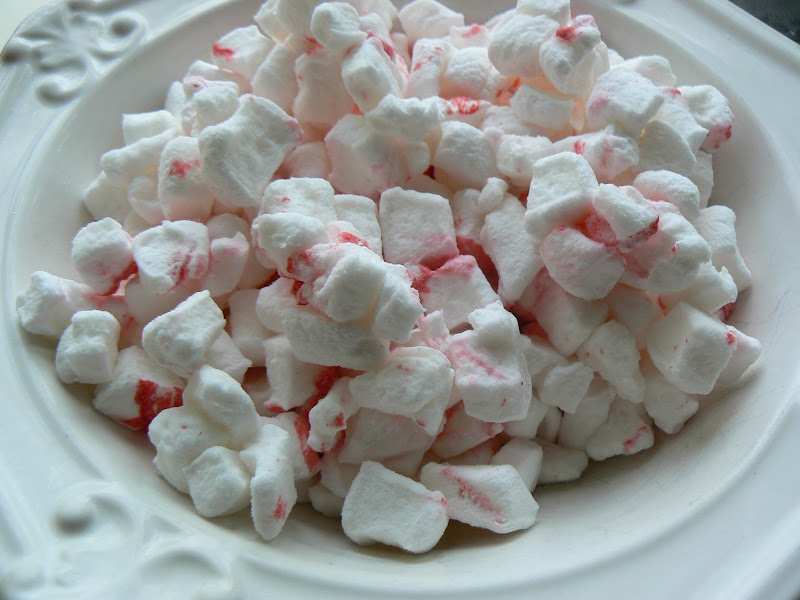 I've never been a huge fan of marshmallows (I'd rather do a sink full of dishes than eat a Peep), but for some reason the idea of making them myself fascinated me from the first moment I heard it was possible.

Since so many imitations of processed foods are mediocre at best, and me not being the most careful of cooks, I half expected my marshmallows to turn out a puddle of white goo on the counter that I would reluctantly allow my girls to lick up and sicken themselves upon (so it wouldn't be a total waste).

I was definitely encouraged when several of you on facebook mentioned having good experiences with marshmallow recipes, and the girls and I promptly set off to make our own.
Peppermint Marshmallows
(adapted from Martha Stewart)
Ingredients 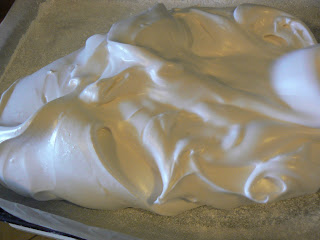 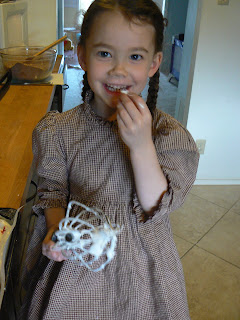 2.  The red marbling did not work out so well for me.  You can see that rather than artistic red swirls, I ended up with what looked a bit like a snowy battlefield. 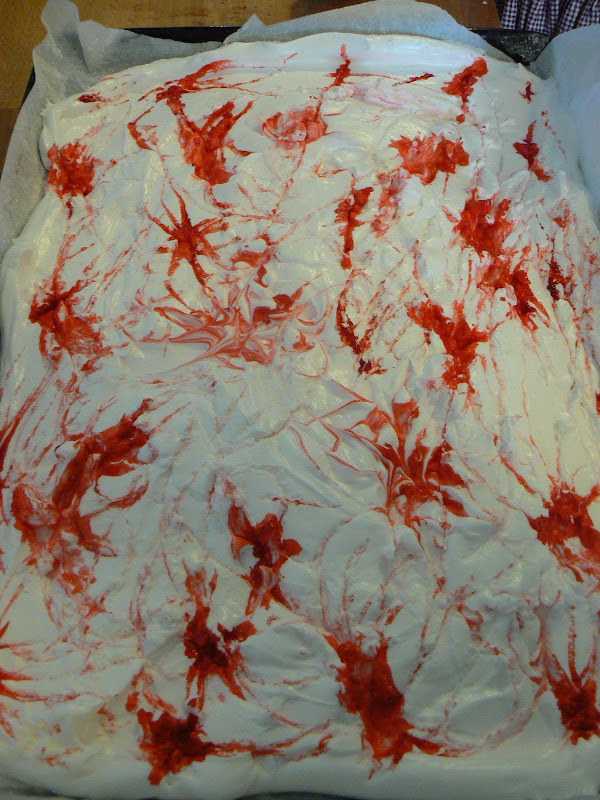 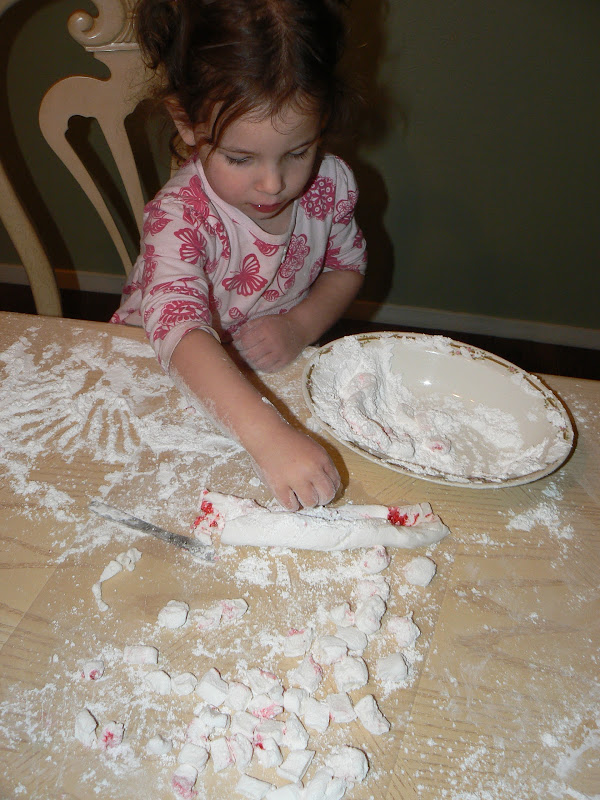 4.  Ever since we made them my mind has been racing, thinking of useful variations of this recipe.  I've heard that coconut flavored marshmallows are very delicious roasted over a campfire.  Apparently, cookie cutters can also be used to make fun shapes.  We gave out these marshmallows as a gift to some friends and family along with some homemade White Chocolate Peppermint Hot Cocoa. 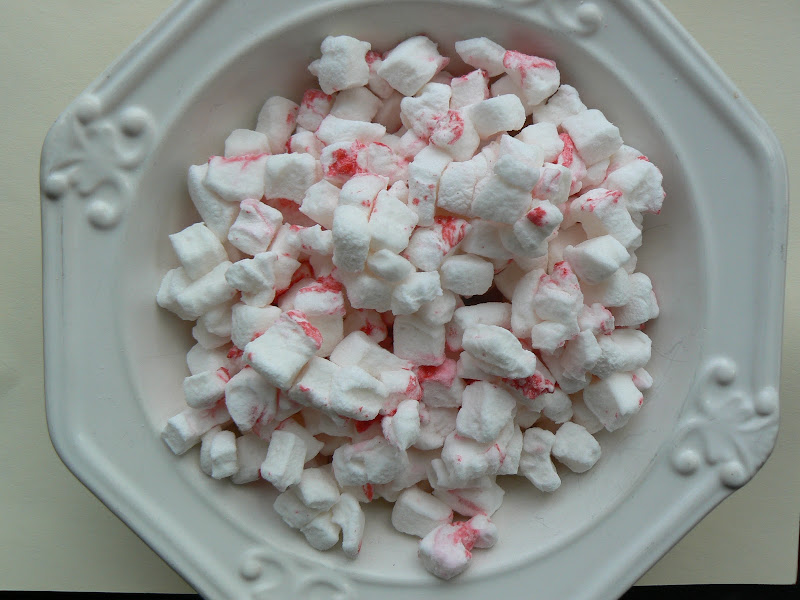 Looks like a fun, easy task.  I just wonder what I could use instead of corn syrup??  (not something I've seen in the shops over here!)

Here is a recipe for marshmallows that does not use corn syrup.
http://notquitesuziehomemaker.blogspot.com/2010/08/when-your-yard-is-marsh-make.html