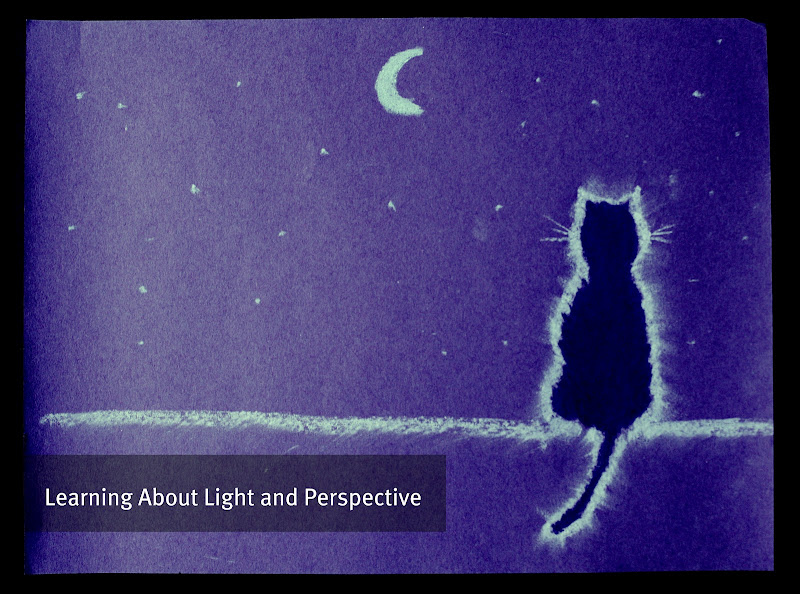 A book we recently read together for our Five-in-a-Row preschool co-op, Storm in the Night, has lots of nighttime pictures in which the light shines dramatically from various angles.  This seemed like a good opportunity to discuss light and perspective in art.


For each page I asked if the kids could identify where the main source of light was coming from.  Then I picked an object in the picture and asked them to describe the relationship of the light to that object.  (The light is shining down on top of the man's head, etc).

One of the pictures in the book showed the back of a cat, sitting on a wall, facing the moon.  The moonlight made the cat's furry outline glow luminously.  It's a neat effect, and I thought it wouldn't be too difficult for kids to replicate if they had a stencil.

I drew a simple outline of the back of a cat on a piece of card stock, then used sharp scissors to cut it out.

I let each child choose whether they wanted a purple piece of construction paper or a black one.  On their piece of paper, they used a piece of white chalk to draw a line 2/3 of the way down the page.  This line is the wall. 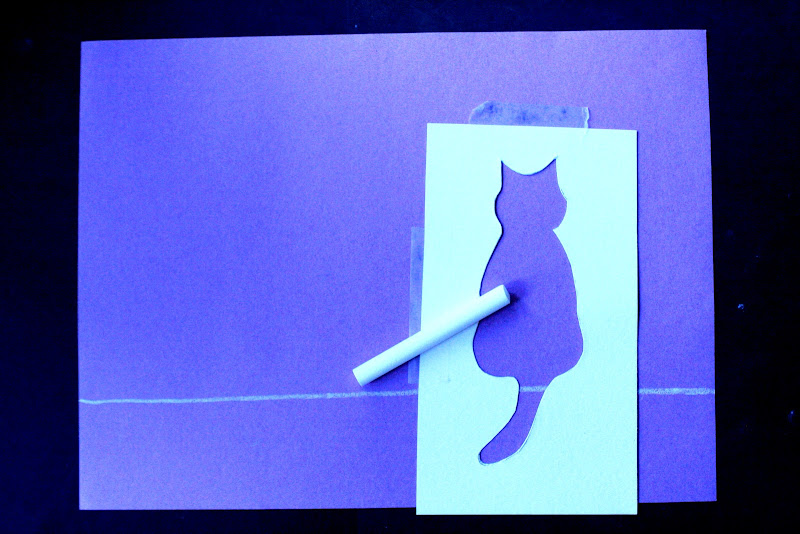 They positioned the cat stencil on the wall such that the tail hangs down over the wall.  I taped it on lightly with scotch tape so that it would stay put while they traced the outline. 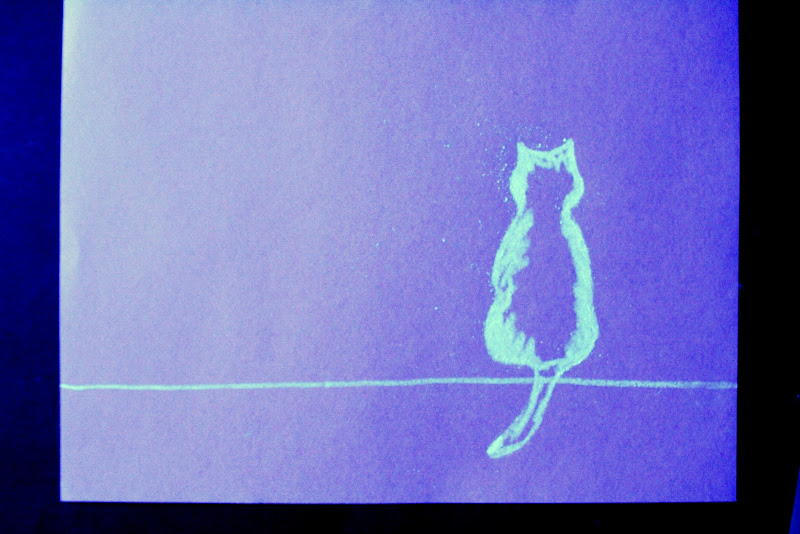 Using the white chalk, they traced along the outside of the cat shape in the stencil.  I told them to make it a nice, thick line.

I removed the stencil and had the kids smudge the chalk outline outward to create the appearance of fur.  Then they used the white chalk to add a few whiskers.

Using a purple crayon, they colored in the body of the cat in to make him appear to be in shadows.

For final touches, the kids added a moon and stars with yellow chalk. 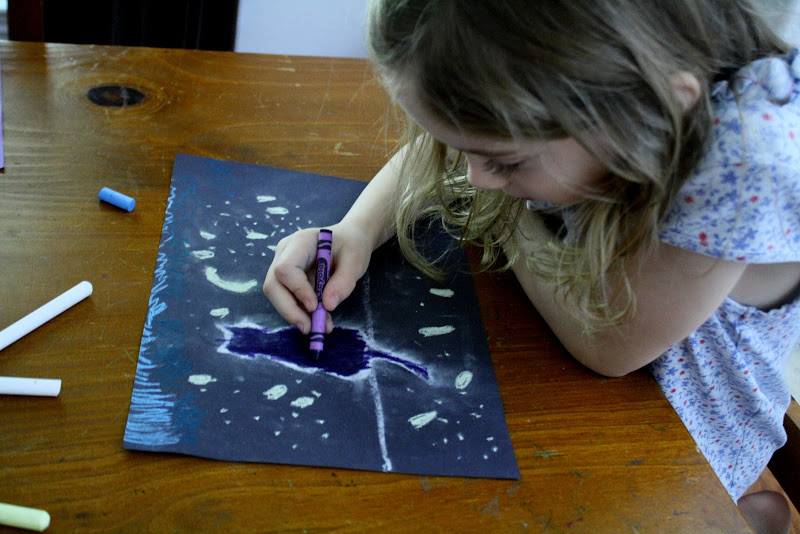 Source of light and perspective are definitely difficult concepts for preschoolers.  I had two children try to draw a face on their cat, showing that they didn't quite understand that it was the back of the cat.  I think it was a good first exposure to the concepts anyway.

For other nighttime art projects for children, take a look at our Snowy Evening Watercolor Resist, and our Nocturnal Animals Project. By the way, Storm in the Night was a neat story.  I really liked the gentle way it dealt with children's fears, and the relationship between a grandfather and his grandson.  Have you read this book before with your children?  If so, I'd love to hear what you thought!

LOVE this - so simple, and such a dramatic effect!

What a wonderful final product! I love the book tie-in too!