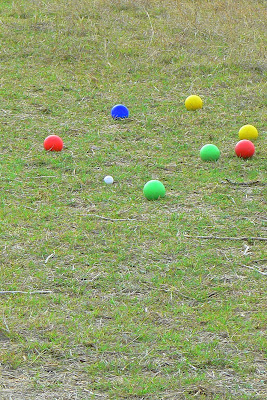 Friends of ours from seminary introduced us to this great outdoor family game. Here's what we like about it:


The basic idea of the game is that a first neutral ball is thrown into an open area. Each team tries to land their balls closer to the neutral ball than the other team. Sometimes you can bump balls or move the neutral ball with your throw; so it's kind of like a combination of croquet and horseshoes.

Some bocce ball sets can be quite expensive, but we bought ours for $15 at Target and think it does the job just fine. I'd say we've already gotten more than $15 worth of fun out of it! 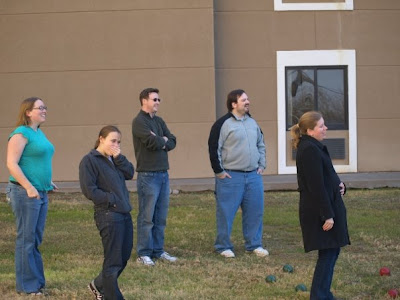 Some of our friends enjoying a good laugh in the midst of a game of bocce ball. (photo is from my friend Julia)
Posted by Katey on March 23, 2009

Bocce Ball has been a hit at our house, too...

We've had this game at some of our church picnics. My husband enjoys it!