Spaghetti in the Kiddie Pool 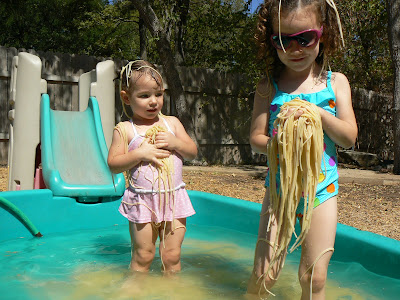 What's better than playing with a bowl full of slimy spaghetti?  Swimming in the spaghetti of course!

Through a series of strange events, we ended up with several free packages of spaghetti, and while I'm not generally a proponent of wasting food, this seemed like an activity that might just be worth it for a special treat.


First, of course, the girls had to feel around and get the feel of the stuff with their hands. 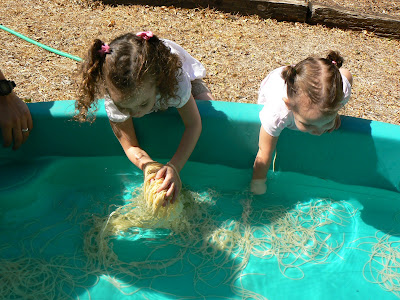 Giddy with excitement, they hurried into their swimsuits, plopped into the pool, and exclaimed over the strange, strange feeling of spaghetti under the feet and between the toes.  Soon they were piling the stuff on top of one another. 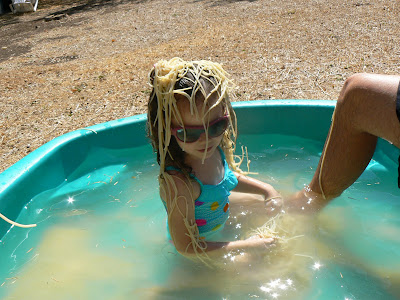 If we had boys, I imagine it would have devolved into an all out spaghetti war, but being girls, they had the fun of stuffing it into their swimsuits. 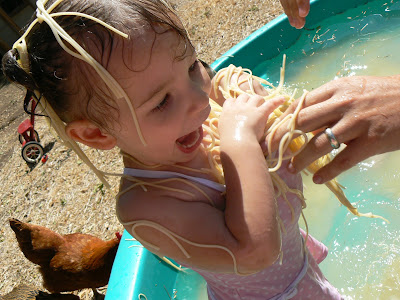 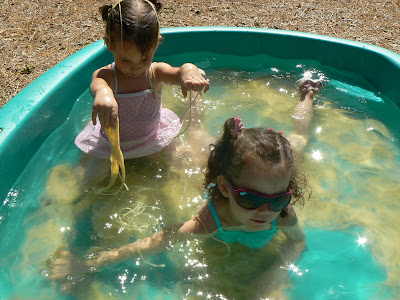 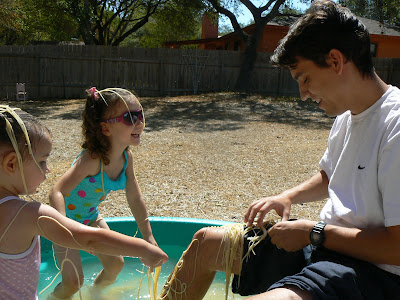 Piling it on Daddy's leg was fun too! 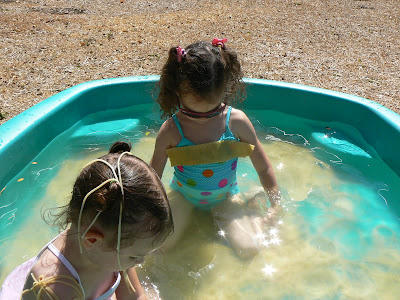 Ha, ha! Haven't actually gotten that far yet :-) I'm planning to gather the spaghetti into bowls and dye it for another activity...stay tuned!

Your girls look like they had a fabulous time!  That's what is all about.....FUN!

Did you cook it first or just let it soak up the pool water?

I cooked it. Maybe I could have just let it soak...I don't know.

This is a hilarious idea and looks like something my girls would love! I have a bit of a texture thing so I would probably be cringing, lol. It's great that you let your girls have fun like this :)

This is too funny!
Try painting with spaghetti now:http://www.thechocolatemuffintree.com/2011/05/spaghetti-worm-painting.html

This is fabulous!!  I love it!

This looks like fun, I'll be sure to also do the same with my kids. Thanks.